Yeah, I don't know what's going on with this...I mean, you get on here smoking weed and stuff and putting ads up all over the internet and everybody's making cassette tapes, the format is digital...I'm not printing that stuff.

Then I can sell my shirts and stickers on my shopping cart....this is what I mean, that's them bands that were playing up here back in 2007 when my band launched and I started my record label..they were all staying at people's houses and stuff and doing shows and that, like hanging around all the time.

That's when all these bums showed up and assaulted everyone on the tour, that was the Sony Red tour...out at my house from CD Plus and mp3 stuff.

The format is digital now....that party is over man, everyone went back in the house.

Now we're doing promotions and stuff off the big concert back then and stuff.

Do you think they started doing that because I bought the name Banzai Records?

Now they're all printing cassette tapes, they used to be up here sleeping in people living rooms playing concerts....when do you think they're going to catch up that the format is digital.

Get with the times man, the music is on the phone now.

It don't matter, I'm not making that stuff....I'm current format only, that's why I'm doing so well.

Like, when you you can't afford to do your old records anymore I'll just take them for free to keep it up on the internet for your new promotion, like I'll hold on to your digital on the current format while you're all out at the arcade with your cassette tapes with your new records off my record store retail store deal. 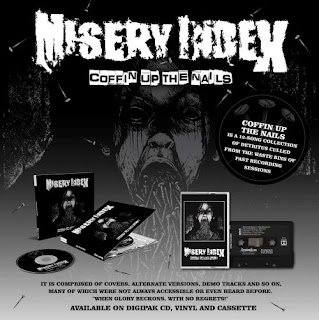 Posted by Jason MacKenzie at 3:54 AM