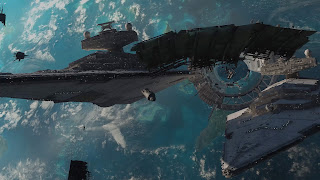 Star Wars – Rogue One is a “one off”, one movie by itself set in the Star Wars Universe and is a standalone story. This move is a prequel to Star Wars – A New Hope, the original from 1977.

I got the Blu-ray Disc version this week when it came out and it comes with a DVD version in it and a bonus disc of special features and a free digital download on the internet for like $25.

To officially rate this video I had to realign the movie review rating system to give it the proper amount of stars or whatever out of 10 rating. 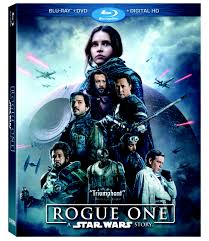 This is the new format for reviewing movies today because they are so terrible:

Based on this example most movies today receive a -7 Rating, meaning for each movie you watch you have lost -7 entertainment points. So instead of entertaining yourself for 2 hours you have made your life worse because your choice of entertainment has decreased the value of your time.

Today most movies are a negative seven out of ten or -7/10 is how you would write it. That means every time you watch a movie you lost entertainment points and your life was a -7 worse for your entertainment value.

So instead of going to the movies to have fun, your life was WORSE for two hours. So if a 10/10 is the best time ever, you lost all 10 entertainment points and gave up 7 out of your time. So instead of having fun you were punished for 2 hours at a -7/10 movie which made your life worse.

That would be compared to the Classic 10/10 Movie or 5 Stars they call it, Star Wars – The Empire Strikes Back from the 1980’s.

Movies today mostly receive -7/10 compared to the 1980’s benchmark 10/10 Star Wars – Empire Strikes Back, one of the best movies ever.

Star War’s – Rogue One on Blu-ray gets a 10/10 on the new rating system, which would be about a 3/10 overall on the old rating system based on the benchmark Star Wars – The Empire Strikes Back.

However, for battle scenes Star Wars - Rouge One gets a 7/10 for fight scenes on the old system compared to Star Wars – The Empire Strikes Back. 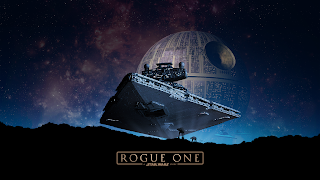 What the movie lacks is “Classic Characters”, so it is supposed to be an old story from the Star Wars Universe but it is about different characters who are not classic characters and are rebel forces not Jedi’s. So it’s about the Rebels in the Rebel Alliance, not Jedi’s.

No classic characters gives the movie 3/10 on the old rating system and a 7/10 for fight scenes and original costumes and ships like in Star Wars - The Empire Strikes Back.

Today, that would give Star Wars – Rogue One a 10/10 for modern movies.

Other movies today receive a -7/10 on the old system which meant you were making life worse for the duration of the film.

That’s because once you hit negative numbers in the rating you can never convert that into a positive review. Anything below 0/10 on the old system is automatically a 0/10 on the new one.

If you watched it with the old rating system in mind you were probably losing -7/10 entertainment points and making your life worse during the duration of the movie.

This gives us room to expand the new rating system into negative numbers, so if movies continue to get worse over time at the current rate then you may see a -7/10 on the NEW RATING SYSTEM which would be about a -18/10 compared to Star Wars – The Empire Strikes Back on the old rating system the classic 10/10.

Fortunately, this has not yet occurred.

For now, the lowest rating on the new system is 0/10 which means you felt nothing when you watched it. If you got mad when you watched it you are on the old rating system and movies are making your life worse by watching them. If your anger gets too severe maybe you should only watch old movies which get a 3/10 and up on the old rating system so you don’t get a rage attack or maybe get a new a new hobby if modern movies are too infuriating to watch because they are making your life so terrible. Every time you watch one they are taking pieces of your entertainment value points if they are a -7/10 and you paid them to do it.  Everyone else just feels nothing when they watch them, the classic 0/10 on the new rating system.

Star Wars – Rogue One is about the Rebel Alliance Battle to get the plans for the Death Star just before Luke Skywalker blew it up in Star Wars (1977).

The end of the movie is the scene just before Princess Leia gets captured by Darth Vader in the opening scene in Original Star Wars and gives the plans to R2-D2.

The plans that she gives R2-D2 in the original Star Wars are retrieved at the end of Star Wars – Rogue One and then given to her and she escapes and is then is captured by Darth Vader in the first movie.

In the movie “Rogue One” is a band of rebels in a stolen imperial ship who break off and go “rogue” from the Rebel Alliance to retrieve the plans for the Death Star.

When they get there, their is a huge battle for them to get the Death Star Plans form the Imperial Library or something. Then the Rebel Alliance has to come and save them and get the plans so Luke Skywalker can blow it up later.

The movie is about Darth Vader building the Death Star and they have just loaded the Super Weapon but it is not up to full power and they are testing it by blowing up cities on the ground from outer space.

Rebels find out about the Weapon and break off to steal the plans when they are testing it.

At the end Darth Vader kills a bunch of rebels with his light saber and the force but they escape and give the plans to Princess Leia and they escape leading to the opening of the original movie.

At the end Princess Leia is pasted in from 1977 and is like a hologram or something and she looks identical to the first movie but has new lines or something.

So they just copied her and pasted her in at the battle scene so it looks original and she escapes and is pursued by Darth Vader.

So Rogue One is about the fight to get Princess Leia the Plans to the Death Star with a huge battle at the end like in Star Wars - Return of the Jedi or something.

The movie has all original Stormtroopers, X-Wings, Tie Fighter’s, costumes, vehicles like AT-AT’s, etc. and some new ones as well as the Death Star is in it, Darth Vader is in it, Princess Leia is in it, R2-D2 and C3PO have a cameo in it etc.  but it is about the rebel fight to get the plans not Jedi’s except for Darth Vader is in it  later in the movie.

Apparently they are making a bunch of these, hopefully they are all full of holograms of original characters with new lines because they look great. 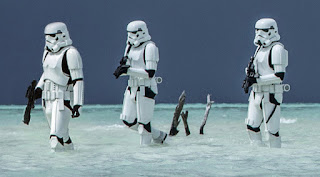 Posted by Jason MacKenzie at 11:00 AM