Recently, I was talking to a few people like some girls specifically and they were telling me about the crazy shit people say to you when you are out by yourself. I was saying it must be a common theme these days and a lot of people are fucking idiots anyway and told them to not even worry about it. 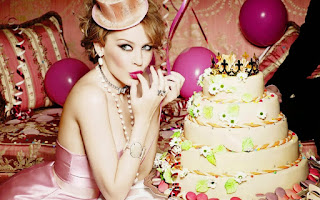 So the girl had lost her kids several years ago because she couldn't look after them and she was just talking about what was going on. She said the other people that had them came down to her and told her to fucking shut her mouth about her feelings about the kids later when she was by herself. They said she was pissing them off by talking about it. What they meant was that since she lost her kids she shouldn't have any feelings about it and she should just fuck off and give it up. The girl was just saying to her friends and shit about stuff that was going on and how she felt about it. She said the neighbors heard about what she was saying and everyone got pissed off because the real mother across town or something was saying she had feelings about it and stuff.

She said the other people came down and told her to shut her mouth and she should just forget it and shut up because she was pissing them off talking about her kids across town. I told her that they are just fucking retards anyway and don't even care about it.

Anyway, the girl is super nice and she is right popular or something and just lives across town and has a bunch of friends and shit and they were all going on about a bunch of shit outside all gossiping or doing some girl shit or something. She said that her kids across town were into all these sports and shit and doing all this stuff now. So people were telling her all the shit that her kids were into now and she was looking it up to see what they were into. She said like hockey and shit and was seeing what their favorite teams were and stuff. She said they were into like art shit and stuff now that they are a bit older.

She said that the father and his new wife found out about it because everyone there knows her and all the girls gossip all the time. She said the other family came down out of no where and told her to shut her fucking mouth and stop going on about what her kids were into and give it up because they are not hers any more. They were saying she shouldn't have feelings about it now and to shut up because she was pissing off the other family. Anyway, I told her not to even care about it.

I told her that they are not even allowed down there, don't even care about it.

Then we were all talking about the other shit that was going on, I said that I have kids but they live far away then I don't have these issues, like with Father's Day and shit. I told them don't even care about that stuff. I said right, your kids are having father's day with some other guy , the one that totally lost them and they have two new parents, what ever you do at your house is none of their business.

So we were talking and saying about all the kids that just visit their father for visitation when we don't have any. We were saying that that they probably see the real father on father's day. That's probably some of the time they get with them.

We were all wondering what all the husbands are doing on Father's Day when the kids were out with their real father for visit.

So we got to the point that when all the kids were busy with their real father on Father's Day like the ones who still live with both parents that the wives were probably all free for the day. We agreed that Father's Day would be a great day to go out picking up women because all the kids were out being busy with their father. We all decided that Father's Day would be the perfect day for picking up cheating wives because no one can get caught cheating using that for a cover.

She said she didn't. She said she only went like twenty times and someone started saying to her she was there every day.

I told her they were a stalker and were trying to embarrass her to make her self conscious so she wouldn't go to the beach because it made them jealous.

So we were all saying that her going to the beach was making some stalker jealous about her out in a bikini getting a sun tan and stuff, then they went to her and said that they see her all the time there at the beach.

We said they were trying to embarrass her by saying she was there too much. Everyone knew that they were lying though because she only went twenty times in three months.

The stalker said they saw her there all the time admitting they were following her. She said she only went twenty times and every time the stalker person seen her. We told her the stalker was trying to embarrass her by making her self conscious about going to the beach, this was making them jealous, then they thought she would quit going.

I said to her that this is because she was popular and it was making the stalker jealous. Then the stalker tried to get her to quit tanning so she wouldn't go back to the beach because the stalker was getting too jealous.

Anyway the stalker was lying to her face by saying she was there all the time because she wasn't. The person just walked up to her and admitted that they were following her to the beach and then tried to embarrass her because it made them jealous. Then the person thought she would quit tanning because she would be self conscious to go back. I told her this was just some fucker and not even to worry about it.

Then we were all talking about Father's Day again and all the girls there said they were all jealous because men get to have fathers day anyway and they don't.

Posted by Jason MacKenzie at 9:20 AM