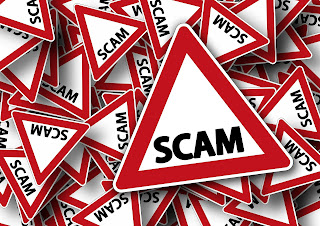 Now that the "4th of July" is finally over everyone can get back to their regular activites, thank god that's over.

For all you posers out there just remember, all you have to do is read the post below this one and when you follow me around the City copying me and bad mouthing me at metal shit just remember to tell everyone that you are as big as or bigger than the Emperor of America and you are a bigger musician than me the Death Metal Super God. That should get you super far when you are out there posing and shit and copying me. Remember, it is super important that when you go around copying me to make sure to say you are the Emperor of America to everyone.

Here is probably the deal as best I can figure out on those "heavy metal" or "death metal" they call it record labels up in Quebec and other areas of Canada probably.

Now you have to understand that these labels are "small" pressing labels for small "death metal" bands they are called. They are probably super broke and just want to get their name out. Then you get the big rip off instead.

Don't really fault them, they are just metal guys and want everyone to see and hear their band, then they get suckered.

$500 may not be a lot of money but it is to a bunch of guys trying to play death metal probably.

This is what the scam looks like it is doing.

First they open and close like every five years and are on their like fourth probably fifth label incarnation by now since like a few years before 2006 or something.

I don't know what they do now but they used to make the band pay for half the record pressing at the label and they charge them like $500 each.

The are two parts to the scam that I can see:

They sign like twenty some bands or something then they put them out for five years and then drop them all.

Then they sign twenty some NEW bands and change their name.

Then they go right gay and say "All the old bands are dropped now and now these are my new ones."

Then they never put out the old bands albums anymore.

Then they close again and make a third new label and drop the second batch of bands and they are all dropped now.

Then they go right gay and say "All the old bands are dropped twice now and now these are my new ones."

Then they never put out forty some albums ever again because they have a new batch of bands.

This must be the conversation at their fake record label:

"Oh I'm a gay fake record label from Quebec running a huge scam on the internet, here's what I'm gonna do.

Oh, these are my first set of bands, now their all dropped and I have new ones. The new ones are the ones that are out now.

Then I'll just close that and then all their albums are dropped and now I have even newer ones.

So, ever five years all the old bands are the dropped ones and I ALWAYS have new signed bands for a few years then all the old ones are always dropped and I'll never release them ever again.

All I have to do is change the name of the scam record label every five years and no one can say anything.

Then I'll make all this money off the scam and then take a gay cruise with my boyfriend to go see Anthrax."


"This is my first label.....now all the bands are dropped and they are the dropped ones forever.

Now I have a new one, it's my second label and now these are the bands that are out.

Then I'll close that and drop twice as many bands and then they are all the dropped ones and then I'll never put those out ever again for money.

Then I'll make another new label and put new bands out again and they will be the bands that are signed this time.

Then when I'm done I'll take a gay cruise with my boyfriend to go see Anthrax."

This is probably heading on into it's FIFTH time by now that this has happened.

They just keep opening and closing every two minutes and keep saying the old bands are dropped  and only the new ones are out.

Ok, right...make a record label and then close it and keep saying that only the new bands are the ones that are signed and not the old ones from the first two labels because they change the name, Then they never release the old records.

Here's is where they make the money....

They used to charge each band $500 to press their own record that's the whole price for the whole pressing I guarantee it, I don't know what they do now.

Then they take the pressing and sell copies for like $10 each or something, then they go out and TRADE STOCK with other independent record labels to fill their store.

Then they end up taking your record that you paid for them to press and they trade them for other bands cd's.

That's right, they trade you bands cd with other people so then can get FREE STOCK, then they sell them all.

So after 15 years they end up with $30,000 of free money from bands paying them to put their record out, then they make money off selling your cd and then they trade them for hundreds of other bands cd's and sell those too.

So yeah, they get tons of free stock off your record with no investment. That's all free money to them.

Then the money from selling traded cd's and sales off your record pay back the original pressing fee's and they get a free $10,000.

Then evey time they close they use NEW bands so they don't have to pay the old one's royalties by using their records again.

If the scam used the original records in the new scam they'd lose too much money because they would have to pay the old bands royalties, so instead they always use new bands with no repressing.

So after four or possibly five in the work's of label openings they would have pulled in over $50,000 in free money collected from bands that was supposed to be for pressing but it doesn't cost them anything because the cd's pay for themselves with sales.

Anyway, 20+ bands at $500 dollars a time they collect from you is like over $10,000 for free..selling like 50 Cd's pays for the whole pressing so it's free money to them....more that a years welfare or disability benefits.

Anyone running a scam like that could afford to take a gay cruise with their boyfriend to go see Anthrax for $10,000 in free money.

Posted by Jason MacKenzie at 8:39 AM