I went for a walk a few nights ago in Halifax just after the first snowfall of the 2018 Holiday Season and I always hate when summer is over and the weather turns cold but then it's always a nice change when the air cools off at night and is cold out to get a break from the Summer heat.

It's just the thoughts of winter and the freezing cold I hate but then being out for a walk in the City at night during the winter is always super nice out if you wear the proper outdoor winter clothes, which I do. I always make sure to have proper winter clothing so that I don't mind the freezing temperatures and it's always nice to get out in the cold and do some walking or something and then you warm right up.

I can tell that I'm way in the middle of working on a bunch of music and books and stuff because I'm about three quarts into the straight tequila, I never understood why people use salt and a lemon with tequila because it's better just drinking it straight and maybe chase it with some Pepsi or something, maybe it's just me but all I can taste in the liquor is just sugar and straight tequila just tastes sweet to me.

That could just be from my diet because I don't eat much sugar, mostly only in my coffee. Now in tequila all I can taste is sugar.

It's pretty great though that marijuana is out now because I also had some of that, but I don't do that much of it but I smoke some weed when I'm listing to music or writing a record, then the tequila just take the edge off when I'm trying to think of ideas for my music and book stuff.

When I sit down to have a few shots of straight tequila and then smoke some marijuana I like to listen to some music just to get in the vibe for doing some writing or something, some days I find it hard to get going but not starting ideas just getting them finished because it takes a long time to put all that together.

I was thinking to myself maybe I'm sitting here by myself because I'm not the type of person to be in a relationship because I spent most of my time working on music or book ideas or trying to think of ideas for my music blog, which is slow during the holidays. 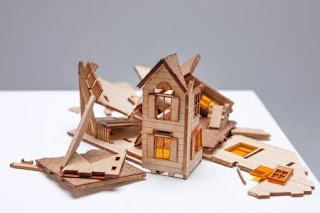 It's probably not much fun being around someone like me who just sits here listening to music all the time and writing and stuff and trying to think of ideas for books and songs or magazine like content for the internet. I mean I don't have the time to devote to some relationship because I use most of my time for myself and trying to write and stuff.

I was just sitting here having a few drinks and working on my record recently and having some marijuana and I couldn't really get going on it but I had just finished editing the drum tracks for about seven songs I have coming out, and I've been looking into my best options for distributing my albums.

Thankfully I don't have to write a dance routine or something to go with my music, books and online  magazine content and artwork because I'd have absolutely no time at all left and I have large workload already that I've put on myself. The last thing I need to take on is a dance routine or a script for a play or something, adding that to my endeavors would probably mean I wouldn't get anything done the workload would be so big.

I started listening to music here by myself on YouTube and then thinking about girls that I used to be in love with a long time ago while sitting here by myself and listening to songs that reminded me of them, I'm assuming that was just the marijuana and the tequila doing that, and I spent the whole night being reminded of these girls and relationships that never worked out for me or didn't happen at all.

I'm sure many people experience that, I mean sitting around alone working on art and music and stuff and then you start thinking about your past loves and stuff that didn't go anywhere and listening to all the songs that remind you of them. Now though when this happens I don't get mad like I used to even though I am trying. Being mad at them used to give me an outlet for music and I would throw it all into that but no matter how hard I try I just don't get mad anymore.

Usually I just end up sitting here alone in my regular apartment with my regular stuff and there's nothing crazy going on anymore in my life and it's just quiet now. Then I am all alone and have no time for a relationship because I want to write and play music for my life. Then everyone else is out having fun and partying and stuff with their girlfriends and I'm just home alone writing a book or something in my regular apartment. 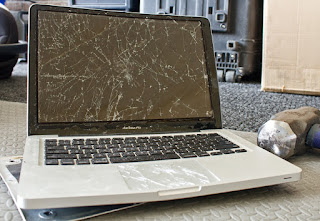 I guess I'm not mad anymore about all that now and I'll just live by myself then and work on music and stuff, but it would be nice if I was mad to help inspire me to write my music and books as revenge on some girl I used to be in love with. It would also be nice if I could get all my work done easily but doing all that is hard and sometimes it's frustrating when you can't get the song recorded right or the book script isn't coming together fast enough.

So I'll just sit here alone then and listen to YouTube playlists and entertain myself then when I can't get my work done since their no one here with me to occupy my free time with me.

I was thinking I might get a few of those real girl sex dolls and set them up around my apartment and dress them up in sexy outfits to keep me company when I'm frustrated and my music and books aren't coming together but they are awfully expensive, and maybe I'll find some imagery in thinking about my past loves that never happened when I'm alone and drinking and writing music, I thought what if I think about them forever, a love that never happened? Why would that happen to someone, I mean being super busing wring music and books and then you are alone and all you think about is the girl that never happened.

Maybe that will last forever I don't know, but when you're far away geographically and that was a super long time ago why do you think about her when you are alone? After all she didn't want to be with you, but maybe that happens to lots of people.

Then I decided to put on the webcam with this girl on a sex page on the internet and use the VR Headset while talking to her on the sex page in the chat room....I'm never going to do that ever again.