HALIFAX: Thanksgiving, I Still Have One

Fresh from my research about Old Nova Scotia comes some notable quips for Thanksgiving Dinner, this year in Canada on October 11.

Not only that I have invented Super Thanksgiving...I mean two of those you just can't eat, it's just too much turkey...in fact some people don't have anything to eat, at my house I have to throw it out because it's too big to eat it all.

I mean Ontario which has announced it's separation in their media I don't know if they even have Thanksgiving anymore, them and the Indians.

Years ago, Thanksgiving was meant to have with the Indians but today they no longer support Thanksgiving and have instead taken up the cause of tearing down our statues and abandoning Canada and Thanksgiving.

Ontario in their separate policies from Quebec and Old Nova Scotia have declared a new holiday for Indians because of the recent mass graves finding which comes into effect next fall.

Ontario no longer supports new national holidays like that one but still has Thanksgiving as well as New England and the United States.

Indians in their policy also do not support Thanksgiving and do not wish to participate in Canada any longer.

Ontario's policy of foreign immigration and "work policies" also supports the belief of immigrants from overseas who also do not have Thanksgiving and they are taking those jobs as well as front like work during the covid pandemic.

This only makes Thanksgiving a stronger more exciting holiday where we live here in Old Nova Scotia and New England...aka New York and Halifax.

This brings me to the point of the topic, hobos in the area still come into the buildings and put garbage everywhere and let out bedbugs and cockroches in plain sight also do not support Thanksgiving and just want to live in the dumpster in your apartment building and put bugs on you all day.

That's the kind of people you get I guess when you're raised with no kitchen table unit in their "homes" (I can't see it being much of a home if your raised no kitchen table and family activities) or family actives,  (eating dinner with your family, schoolwork etc., home activities ) they live outside in the garbage and bring it into the house and put bugs everywhere and bum you permanently downtown, I mean how long is the same guy going to sit on that median anyway?

What did he move in or what?

Old Nova Scotia which is tourism based and is raking high on this years places to visit the home of Thanksgiving and will surely be a huge tourism draw in the future as the other regions, some immigrant groups and hobos abandon the holiday.

This only makes us a stronger tourism market globally, this region also does not have the same services that Ontario has and to me is still closed on may levels for years now and most people have abandoned their cases etc. because Halifax offers no local services for our area and Ontario's do not apply leaving many legal issues abandoned and never to be resolved with the closure of Halifax services and no support from Ottawa for resolutions.

What I mean is you have to do all that yourself...the resolutions, but all issues have been abandoned in Halifax and Ottawa with no one resolving them and time has gone on leaving the issues dead and never resolved, thus strengthening the independence of Old Nova Scotia and New England leaving the public to do everything themselves with no government supports.

The public having to move on with their lives no longer has time for these issues and have abandoned them because of no government support from Halifax and Ottawa and has moved on because they are not able to resolve them without those services leaving them dead issues never to be resolved.

I mean don't complain to me then if your a hobo in the building putting bugs on people every day from the next apartment unit that everyone gets together to have Thanksgiving, a holiday you do not support, and that you don't have one.

Thanksgiving used to be a time when everyone got together in the town but not anymore with those groups no longer participating.

So no you don't get to come to our Thanksgiving celebrations even though it is a time for everyone to get together for a holiday super feast.

Just stop complaining then when the neighbors are eating Thanksgiving dinner and you have no food.

Like the government has clearly stated here in Halifax and Ottawa, they do not make Thanksgiving celebrations for you to participate and expect the public to do it themselves.

So stop complaining when everyone else has the Holiday together but you, we all have to do that ourselves just like they said...then the government does not make a holiday for everyone to attend to they have clearly stated.

Then you're not invited to the public's holiday for Thanksgiving because they have to do it themselves so I guess you don't get one. 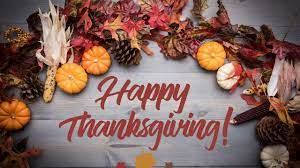 Posted by Jason MacKenzie at 4:57 PM