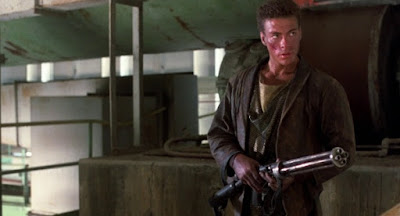 The Catalyst was a local man in every way, if fact he thrived in the environment of a small community...here he could make big changes.

"This town's not ready for me." he said to himself.

The Catalyst browsed through the local news papers looking for stories that similared his opinion, searching for that matching article of his local endeavors.

"It has to be here somewhere" he marooned.

He was searching for stories of his impact in the local community, a news paper story, snippit or anything to grasp on to.

The Catalyst brought change and he knew it, he was secretly bettering the community through violent intervention.

His goal was simple...to bring positive change into the community by committing local crimes.

He searched the newspaper..."There must be something in here." he muttered. "But where?".

No one was writing about his crimes in the local paper.

"I have to get myself in the local news." he stamped.

The Catalyst was on a crime spree, changing the local community he envisioned by committing crimes.

"After the town fixes all the terrible things I have done it will be a better place here, then I will be responsible for bettering the community." he said pounding what was left of the desk he sanded by accident in the workshop.

"Something has to give here." he said.

The Catalyst brought change is what he told himself, he wanted credit for making the town a better place...how he did this, his means...were violent.

His goal was to force the town to put in new changes...better hospitals, schools and churches that he would get credit for after he ruined the old ones.

"When the town fixes my damages to the Hospital I will get credit for making this a better community."

The Catalyst felt it was his job to commit crimes, thus making it a better community when the local government fixed what he had broken.

That is what he had longed for...credit....credit for being an upstanding citizen who helped the local community, then people would finally respect him.

"When everyone see this I will be super popular" he said, "although I can never take credit. Instead I will hint around at it to everyone I know looking for them to acknowledge my awardness over them." he chanted.

He searched every local story but to no avail.

"There is nothing in these papers about anything being broken" he confounded.

"This has got to be about me." he went on about.

For days he repeated himself to everyone hinting at taking credit for the article content, but no one seemed to care.

"No one will credit me for my doingness in the paper." he muffed. "Something has got to change, after all I am the Catalyst." he briefly concluded.

"None of these stories are big enough to make the paper." he complained.

Alas, he had to be careful not to get caught yet be wound up with local criminals. Jail is something he most wanted to avert.

"There has to be one big score." he said "For my crimes to make the news then I will get credit for helping everyone." he dumbfounded.

He searched and searched but nothing would give...broken windows, ruined mailboxes, punchered packages at the local supermarket...nothing that would be covered in the news.

He questioned himself  "The more things change the more I stay the same."

This is what The Catalyst sought the most...to change himself to be a bigger deal to the public, but he was having no luck.

Everything changed around The Catalyst yet he still managed to stay the same.

"All these articles and nothing about me." said The Catalyst.

"Everything is changing but I am not getting my attention to better myself...morons they must be printing all these articles in the news everyday but not acknowledging my effects on the local community."  he articulated.

He was not a patient man The Catalyst, he needed acknowledgement right away for bettering the community through violence, but the credit was not coming.

He returned to his workshop unacknowledged by those around him.

"I will have to keep trying and committing crimes." he said.

"Someday everyone will know that I am the real catalyst in this community." he continued.