Well this may be a discovery, some of it is because it's unknown in science.

I've been talking and observing the leaves in the fall and I even went out this summer and took tons of pictures on the last two days of summer previously on this blog this year for 2020.

Like this the green color on leaves is from "chlorophyll" the chemical that gives leaves their color.

Then they say that the when the tree hibernates the leaves change color and fall off, that is about it...like they mention the chemicals in the leaves in the pigment show as brown or orange when the chlorophyll stops production in the fall.

Here are my observations....this is super important. 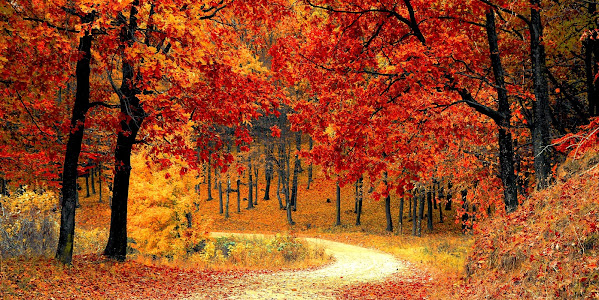 What I have noticed is like this....when the tree hibernates the leaf stops food production for the winter months.

After this the leaf must become "extremely delicate" and the change in color must be coming from the Sun burning off the leaves.

So the leaves become super delicate, and the Sun acting as a magnifying glass effect "burns" the leaf making it change color...so the change in color is actually the the leaf "slowly burning off" from the heat from the Sun causing the yellow, orange and brown effects.

Imagine how delicate the leaves must become in order for them to be burned off from Sunlight.

Not only that there are two more observations that go with it.

One is leaves lean towards the Sun to get into the light, then you can track and chart the leaves changing color because they "burn off" as they lean into the Sun.

You can see on the color patterns on the trees that the leaf color appears to change first when the Sunlight hits the tree...like a magnifying glass going across the tree as the Sun changes position burning "color patterns" into the leaves...this effect can be replicated and duplicated by computer means in a model on the computer to determine the patterns from the Sun changing the leave color.

The leaves on the back of the tree would be more green probably as they are kept in the shade and fall off last.

Imagine on the computer in a 3D model of the leaves changing color as the Sun hit's the tree and burns the leaves on a daily basis.

The computer model will prove this by showing the Suns position on the leaves as they burn the leaf and turn it brown and the color patterns burnt into the leaf as the Sun changes position throughout the day.

This would be a "scientific fingerprint" for example to show what position the leaf was in to the Sun if a leaf was found on the ground to show where and when the color changed compared to other tree leaves.

Research should be done to determine the effects of the chlorophyll being released and to map the color changes in the leaves to the Suns daily position in the fall.

Posted by Jason MacKenzie at 6:45 AM