Well at first glance I of see the real inner workings of the universe is that I am unimpressed so for a review I give it 1/10 for originality. I mean it's not made of very much when you look at it, it's nothing but dust, rocks, liquids and gases.

That's all pretty basic and you can see everything from every picture taken by the Hubble Space Telescope because you know what's it's made of. The bigger mystery is how does all that assemble to form new chemical reactions and grow life and create planets.

That is the bigger mystery.


The true reveal of outer space is it's horrifying size and dimensions that will terrify the human brain, plus everything out there is permanently on fire. Like looking into the core of the Earth and seeing the magma for the first time, outward is even more terrifying.

Somehow we are trapped as humans, in a cool blue atmosphere surrounded by fire and horrifying size and dimensions. Then we are all just products of that creation and is what we are made of. This is just throwing it in our faces as humans, what outer space is made of.

It's just sitting there telling us we are trapped on Earth and can never dare to escape because of the horrifying size and infinite fire in outer space. As if it's daring us as humans to venture out into the materials that made us.

All I see when I look out into outer space is a new frontier to conquer, on a scientific front and exploration into the materials that made us as humans. My quest...to find the materials and chemical reactions in outer space to preserve and regrow the Earth and permanently preserve myself into the Earth inside it and extend my life to the end of the Earth's existence until I am sucked into the black hole and incinerated at the end of the galaxy, that's I how I want to die by seeing it all first hand in a permanent state of preservation when my life is embedded into the Earth, then I die when it meets it's end along with it.

You have to realize that everything in outer space is probably 800 Hundred Trillion Light years across, that's the size of the dirt storms in the nebulas. Plus, it's flammable gases like the insides planets atmospheres so why is it burning? Well the storms are filled with oxygen, carbon dioxide, flammable liquids etc. so when something that size ignites then it will burn in a bubble contained like inside a planet for 800 Trillion infinite light years as it burns off.

Plus I think they are taking pictures of "unstable regions" that are exploding and recirculating and perhaps creating the blue prints for new planets. So most of the "dramatic" images on Hubble are probably from these "unstable" regions. Like the massive amounts of dirt would be the "fundamental elements" that will later circulate to form new planets - that dirt will eventually be the ground and core of planets in the future and the gases around them will be the atmosphere. You can probably even see planets forming in the pictures, if they can get that close, as the region stabilizes like ours, cools off and begins to form planets.

Here are several pictures I got from www.spacetelescope.org .


Horse Head Nebula - Nebula filled with dirt clouds and gases, perhaps the inside of a mountain on a Mars like planet. 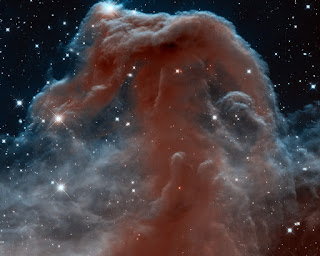 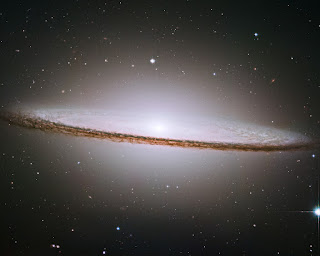 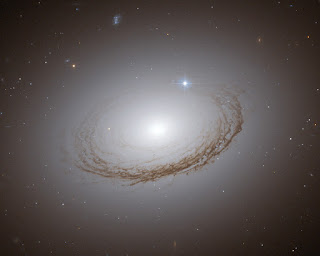 The Bubble Nebula - A pocket in space filled with liquids and gases that may some day be ignited. 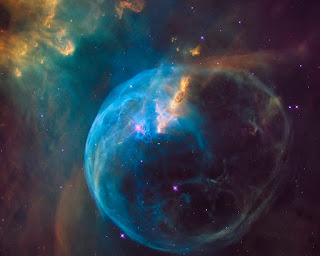 Planet Jupiter - See the clouds, that is the same thing as the nebulas trapped in Jupiter's atmosphere circulating inside a gas giant. 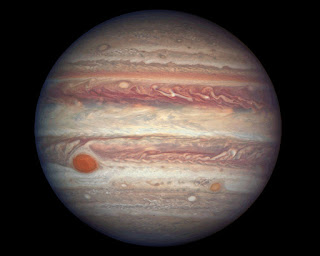 Region 106 - Gas Clouds, perhaps similar to the ones trapped inside Jupiter. 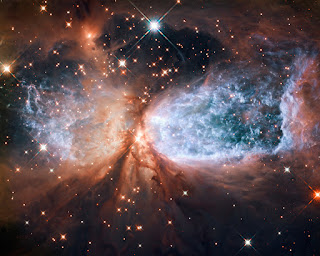 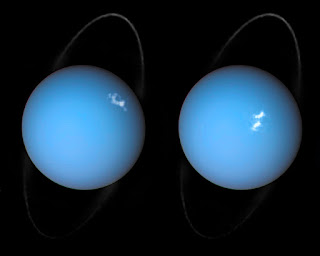 The Veil Nebula - This is perhaps the contents or some of the contents of the inside of Uranus. I'm assuming the blue glow is the same material as the atmosphere on Uranus - Radioactive poison and gas, lit up in a chemical reaction and possible neon material glowing in charged chemicals and solar powered by the sun. 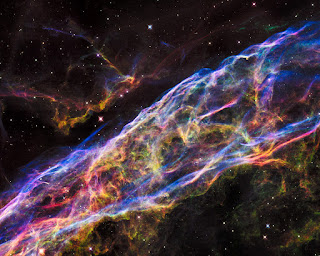 Black Hole Destabilization - Two stars and solar systems being turned and sucked into a black hole burning off and colliding with each other, distributing particles and materials into outer space. 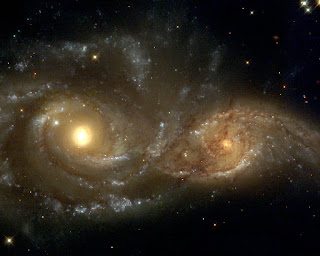 Posted by Jason MacKenzie at 2:18 AM