The Andy Warhol Soup Can, ah but why did he paint it?

If you don't know anything about Andy Warhol he painted the soup can to represent the Commercialism of mass products like Soup. Andy Warhol painted things that he liked from around the house like cans and stuff, that is his whole point.

It's all commercial products and stuff that he liked, my understanding of the soup can is that Andy Warhol grew up eating tomato soup or something so he painted the soup can to represent how commercial stuff like soup became in the 1960's.

I also think he did that in conjunction with soup companies etc. because there are other works. 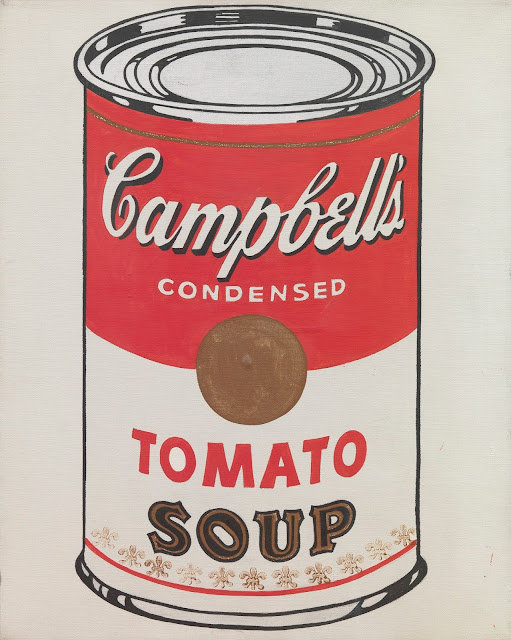 Posted by Jason MacKenzie at 1:51 PM