Well really, it wasn't that far out although some of the scenes looked like the pictures in my science textbooks from back in school.

I went out on the Trans Canada Trail near Cole Harbour, home of NHL Star Sidney Crosby, it's like a 5km hike out on the trail. The place is called the Salt Marsh Trail.

To my surprise this was an actual salt marsh, not only that there is poison ivy down there, thankfully not in bloom and there are warning signs.

I was kilometers out of the city on the trail in the salt marsh reading the historic signs and this is what I found out.

The trail there used to the CN Railroad tracks that they removed in like 1980, that is now part of the Trans Canada Trail. The section called the Salt Marsh Trail was featured in the 1965 film "The Railrodder" starring Buster Keaton.

The Railrodder is a short film produced by the National Film Board of Canada and is one of Buster Keaton's last films.

I have posted the clip below, when you watch the movie from 1965 the part that shows the CN Rail tracks at the start of the movie when he is out in the marsh lands, that is now the Salt Marsh Trail.

That was on a sign at the trail, the actual location is the Salt Marsh near Lawerencetown and Cow Bay, Nova Scotia.

This is the Beach I go to in Cow Bay, it's called Rainbow Haven Beach, or Rainbow Beach for short we like to call it. There are large Provincial Parks there at Cow Bay and tons of walking trails, I think Rainbow Beach is where Buster Keaton walks up on to the shore, maybe but I can't confirm it.

Then he goes to  what is now the Salt Marsh Trail. On the other side of the water where the trail is that is where Rainbow Haven is. 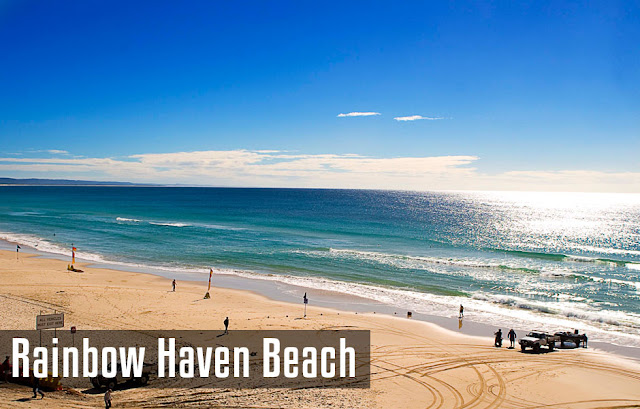 Posted by Jason MacKenzie at 12:42 PM