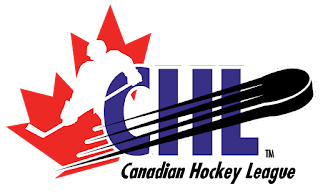 If you don't know or can't follow it, the Memorial Cup is going on right now until May 27.

People can't follow CHL Hockey I am hearing and maybe don't know what it is. I will do my best to explain this Hockey League.

CHL is the Canadian Hockey League.

There are Three Divisions in the CHL:

The CHL is like minor league Hockey and players can go to the NHL, they are like 16-20 years old.

So if you want to watch minor league NHL in Canada, this is the CHL.

The Three Division are West , Central and East

The Central is the - OHL

The East is the - QMJHL

Halifax plays in the QMJHL for the East. The Halifax Mooseheads is our CHL Team here in Nova Scotia, Cape Breton also has a CHL team.

So if you like Hockey and are looking for something to do you can watch CHL Hockey here in Halifax during the regular season at the Scotiabank Center, those are possible future NHL players.

The overall championship of the CHL is the Memorial Cup, so how that works I think is Halifax has to win in the QMJHL go to the CHL Championship, I think they won it in 2013.

This is on television until the 27th I think, so if you're like me and love minor league Hockey be sure to check out the CHL and the Memorial Cup.

I believe that is the AHL or something in the USA.

People find this hard to follow so I thought I would explain it, hopefully.

Some of the players in the Memorial Cup are NHL Draft Picks or getting drafted into the NHL for next season. 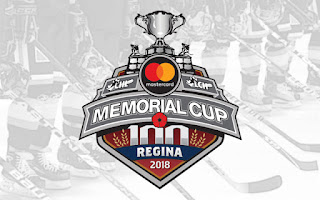 If you are wondering:

The CHL is The Canadian Hockey League, that is minor league draft picks for the NHL, ages 16-20.

The AHL is also minor  league draft picks for the NHL, however the AHL are NHL affiliated teams. In the AHL teams are the smaller team of the NHL.

The AHL is the Calder Cup.

So NHL teams have a minor league team in the AHL. You have to be 20 to play in the AHL and that is also picks for the NHL.

The are also other hockey leagues in the United States for players 16-20 that are NHL draft picks:

There is the United States Hockey League - USHL

And there is the NAHL - North American Hockey League

I believe the CHL would be similar to the USHL or NAHL which I think is a lower league.

The AHL is the NHL lower affiliate teams.

I think you can get drafted into the NHL from all these leagues, however NAHL may be a lower league.

There are also other minor Hockey Leagues in the USA but I believe the top ones are CHL, USHL and AHL.

This would be The Canadian Hockey League, The United States Hockey League and then The AHL which is the NHL lower teams.

I not 100% certain on all that but are their are other lower hockey leagues.

Something like if you watch the CHL or USHL that is NHL minor League Hockey.
The AHL is the NHL lower teams and are affiliates of the NHL and has it's own League as well.
So if you're into minor league NHL Hockey then watch the AHL - that's the official NHL Lower Affiliate League.

Then watch  the CHL and USHL are the other NHL minor leagues. There is probably more to that but that is an abbreviation.

I think the point there is in the United States there are more leagues because of the larger population, with different routes to the NHL.

Posted by Jason MacKenzie at 5:35 PM