Gossip: Personal Information About Myself 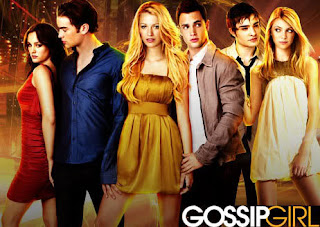 I am sharing this because of people annoying me etc. and members of the Trench Coat Mafia Pricks annoying me and flaming me on the internet in the past.

I will trying and keep this generic, other things people know anyway. This is because people confuse me with someone else so I would like to clarify the situation so they can take their annoying of me, to another location.

Right, like someone like me who is worth a bunch of money and has a band and books coming out would have family members that didn't talk to them, right...so they talk to the Trench Coat Mafia instead...yeah right. That's because they are not related to me.

So if you think that your are talking to my relatives but I don't talk to them then that's because we're not related.

Now I will clear up these issues.

So why would I have family that didn't talk to me? Well it's because we're not related.

No one would ever in real life be related to someone like me and not want to talk to me, plus I am worth a lot of money anyway even without music or a book coming out.

If they are talking to members of the Trench Coat Mafia and telling them they are related to me then this is because that in fact, we are not related.

Right, they will talk to a Trench Coat Mafia members but not me. Yeah right. They don't talk to me because we are not related.

In fact, my family is Scottish however, and are of English and German descent and settled in the Annapolis Valley in the mid 1800's and had farms.

My Grandmother, moved to New Glasgow in the early 1900's where I was raised starting in the late 1970's.

My Grandmother however was elderly and passed away a long time ago now of natural causes, most likely respiratory failure.  She however was actually a lot older that she remembered and my have had an incorrect birth certificate because she grew up on a farm in the Valley in the early 1900's and couldn't remember how old she was. In fact she may have been more than ten years older than she actually was making her over 100 probably today, if that was true.

For myself I have visited her home many times and my Great Grandparents from the 1800's are buried in a Cemetery in Windsor, NS. Their family also had relatives in the United States  in the mid 1800's and specifically North Carolina who also had farms.

This is where people confuse me and say they know my relatives.

I grew up with my Grandmother in New Glasgow but my Grandfather was actually not my real Grandfather.

Although everyone thought he was my Grandfather he wasn't. It was actually someone else that people didn't know.

After my Grandmother passed away years and years ago my Grandfather decided he didn't want to be around me anymore and left to be with his regular relatives, then we lost contact.

My real family was my Grandmother and that's it, she was from the Annapolis Valley and her parents are buried in Windsor, NS. Their family also lived in North Carolina.

My actual Grandfather was someone else that no one knew and he lived somewhere else.

That's because my Grandmother and I were not related to them so they didn't like to visit.

Since I left he has also passed away, but I have had no contact with them since but was informed of his death.

After my Grandmother passed away I continued on with my life and finished University and Completed my Corporate Business Experience and continued my Musical Endeavors, books etc. I moved to Halifax and now I am around my regular family.

These are the people that the Trench Coat Mafia never met, they knew from me playing in heavy metal bands about my Grandmothers husbands family but did not know we were actually not related. Those are the people spreading lies about me saying they know me but in fact they don't.

In reality, none of his family was ever at our house at all and never visited for holidays or sent presents. My Grandmother never barely heard from them at all and her being elderly spent most of her time writing letter and talking on the telephone to people far away that I never heard of.

In the meantime she let me do whatever I wanted and I was spoiled rotten and she bought me anything I wanted. In fact, I had to get her to stop waiting on me because it's hard to be a University Student with your elderly Grandmother bringing you food all the time in front of everyone.

Everyone said my Grandmother looked like the Queen of England, Elizabeth II which is in fact true only she was older than her and had black hair. No one in her husbands family was around for any of this and had moved away or were distant relatives.

This reminds me of a terrible story that happened to me in the way back in the 1990's. One day I found out that my Grandmothers husbands brother had died in a house fire, I was informed that he lived next to my Junior and High School but I had never met him.

Having attended for at least six years I was surprised to hear this because I had never met him. I had only heard about him upon his death. This I assumed was because they were not my real family.

I had never visited these relatives in my entire life and only heard about them when they died, although he lived right beside my high school I had never met him because we were not related.

All kinds of things like that happened at my Grandmother's house but the other family was never there to see any of it. The Trench Coat Mafia people try and say I am related to them but in fact I am not, if those people don't like me it's because if my book makes $800 Billion Dollars they don't get any money because we are not related.

That's what the Trench Coat Mafia says, it's that they are getting money and all go around looking for a fight with me about it. In fact, those people always have some problem with me and always look for a fight about my income and financial value etc. but it's because we're not related and they don't get anything from me if my books makes tons of money.

A second part of this is my birth parents which I do know who they are but have never been involved in my life since I lived with my Grandmother. Although people say they know who my birth father is it is actually someone else and not him. I just let people say whatever they want about my birth father and don't argue it but in fact it is not who people think and is someone else. I have no connection to the person people say it is an we are not related.

People ask me, what happens if your birth father comes back and you have $800 Billion Dollars and he wants money?

Well the answer is you don't have to give a DNA Test to your birth father to prove they are related to you if they want money, you can just tell them to leave. So you never have to prove that anyway. The truth is the person everyone thinks it is is not and I am not related to him.

In fact at that time when I moved all the people I used to know decided to stay in the other family and didn't want to continue with me since we were not related years ago.

For example everyone knows I have kids however what they don't know is that I have heard that I am not their real father.

Their real father in fact I have heard is a VCR Salesman.

This is only rumor and speculation but people have told me that since my children live far away from me and their mother is remarried that they were in fact not my children at all which is why she remarried.

That's what I have heard from people giving me advice  about why they don't come to Halifax where I live, they said it's probably because they are someone else's kids.

That is good advice and if I did have $800 Billion Dollars they would be getting a DNA Test anyway before they got money if they came back.

Plus as I have been told that since they have grown up far away after I left years and years ago that they have a different life and upbringing than I do. Then if they came to visit after I owned a mansion after they were raised by someone else then they would probably scuff the floor anyway because they didn't know how to look after it.

It would be hard to have your kids come back and be scuffing your floor wax in your mansion after all those years being raised somewhere else anyway, plus it's hard to teach adults to take their shoes off on a mansion.

Anyway, if I have a new house in a few years and a big pantry full of food and a barbecue and stuff and they didn't want to come over to eat it then that's their decision.

My advice I heard is that if your kids don't want you to be their parent then that's their decision. If that affects a DNA Test or not is yet to be determined.

I have heard that someone claiming to be their actual father is following me around and watching me eat at the Burger King in Halifax with his family looking for money. Well if that's true then I am not their real father anway and just the guy who was paying for them when they were kids.

Just like when I was little and the other people who didn't raise you used to come watch you eat at the Dairy Queen and look at you and never say anything then leave.

I am saying this because people say they know me and they don't, people show up looking for stuff from my relatives etc. and the people they are saying are not my family.

So if you are saying in the Trench Coat Mafia that you know me or my family just be informed and know that those people are not my relatives and have no connection to me and like them, you will also never be near me for the rest of my life.

Posted by Jason MacKenzie at 6:07 PM