Follow along with me on Twitter to see reference material about the Canadian War Criminals who got caught in Nova Scotia stealing a referendum and flaming the public like in the Bosnian War.

I reported most of this to the Supreme Court ten years ago in my lawsuit against Sobeys for their unconstitutional Stock Market Breach against me in 2008 at their office about my Corporate SAP Designs, if I catch the Defense Department protecting them and the theft of the public Sunday Shopping referendum and I suing them as well.

Anyone that has flamed me in the past, currently or in the future with them bumming me for money will be implicated in the lawsuits and I am turning their names in the Canadian and European Governments for investigation for collaboration to commit treason in Canada.

After that it will be up to the Canadian and European Governments to decide if you will be prosecuted after their investigations. 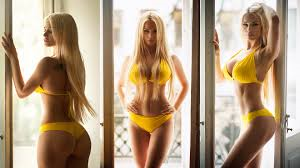